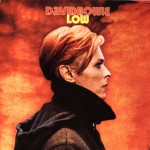 2 thoughts on “The Passing Of David Bowie And Philip K. Dick”

His stories have been adapted into blockbuster films such as Blade Runner, Total Recall, and The Minority Report—but his life and experiences are even strang...
View on Facebook
· Share

The Ownership of AI created Art

Intelligent algorithms can write texts (short articles and also chapters of fictive work), compose music and also can create images and videos. Connecting 3D printers, it is only a question of time...
View on Facebook
· Share

Sean Young Said She Was Purposely Put in an Aggressive Scene with Harrison Ford as a ... #PhilipDick #PhilipKDick #BladeRunner ... See MoreSee Less

Sean Young has quite the experience filming Blade Runner, especially behind the scenes.
View on Facebook
· Share

The works of the authors Philip K. Dick and William Gibson connected in a point of time. This is a relevant lesson for the relation between art & technology, but also underlines the importance ...
View on Facebook
· Share

We delve more into two of the main characters, Deckard and Rachael. How do they fit into the noir tradition? And has Blade Runners' style been co opted so much that it has lost some of its distinction...
View on Facebook
· Share

Hello, and welcome back. Richard Linklater's 2006 adaptation of A Scanner Darkly is considered by many to be the ultimate adaption of a Philip K. Dick novel. But is it perfect? And is it really faithf
View on Facebook
· Share

The Philip K. Dick Science Fiction Film Festival has unveiled the lineup for its tenth annual season. The festival will be held from Thursday, December 15 through Sunday, Decemb...
View on Facebook
· Share