I just heard the news that Paul Williams has died last night, March 27, 2013. I knew Paul through his association with promoting the works of Philip K. Dick. Even though I never talked with him in person or met him, I feel a sort of kinship with him. I am very sorry to hear of his passing and offer my condolences to Cindy Lee Berryhill (http://cindyleeberryhill.blogspot.com/) and the others close to him.

I first heard of Paul when he was the executor of the Philip K. Dick Estate and when the Philip K. Dick Newsletter was being published. I mailed him my scraped together $75 (I was a college student at the time with little spare money.) and I received all the back issues of the newsletter just a few months (newsletter issues) before he decided to stop publishing it. Those issues have been unstapled and archived in a binder in Mylar plastic pages. The cassette tape has been transferred to a digital copy because I no longer have a cassette player but I still have kept that tape. Those newsletters are one of my most prized possessions especially since that they are essentially out of print right now. I have also carefully digitized every page to insure that I will always be able to read them.

Even more prized is my signed copy of “Only Apparently Real: The World of Philip K. Dick” that I also scratched the money to mail Paul, himself, and he mailed me a copy that he had beautifully signed. That book was my first reference work on the life and writings of Philip K. Dick and the first one I read. I still keep it in a special location on my bookshelf.

After many years of thinking of Paul Williams as mainly the Philip K. Dick Estate’s executor, I looked into what he had also accomplished in his life and I was amazed at what he had started, especially in Rock journalism (Crawdaddy!) and where he had been and what he’d seen. Things that I’d read about and he was there in person. I also saw that he wrote many books and after reading about his most famous ones on his site http://www.paulwilliams.com/, I purchased from ebay a used copy of Das Energi and read it in a few short hours but I was enthralled with the simplicity and the genius in that book about how to live a more happy and fulfilled life.

Hearing of his passing, I was disappointed with myself that I didn’t post the invitation to his celebratory party in a timely manner. I have been chronically behind on posted news and updates to the Philip K. Dick Fan Site and the Philip K. Dick Festival page (The festival was created in his honor and helps/hopes to raise money on his behalf.) So I will post the beautiful email invite that I received eleven days ago that I wish I had posted before the event.

There are also pictures from the event posted here:

I know that there are many more people who were closer to Paul Williams and I know that their grief can’t compare to mine but I am saddened at the loss of such a great mind, probably more saddened than when I read about his accident several years ago. I will work to keep his spirit and passion in the things that I do and I hope I can continue at least a tiny bit of his accomplishments by promoting the work and scholarship of Philip K. Dick.

Here are some media links to the news of Paul William’s passing that are just coming online:

A new issue of PKD Otaku has been published. You can view it here: PKD Otaku Issue 27 or view past issues. 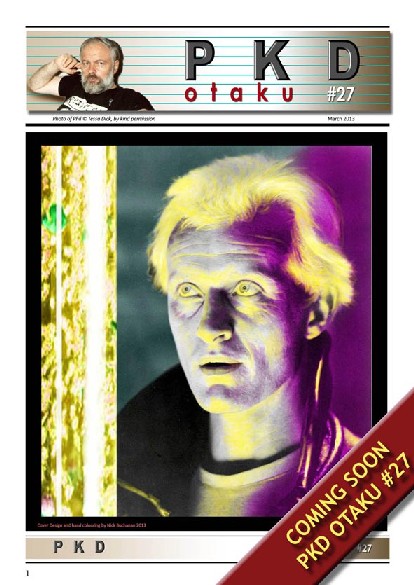