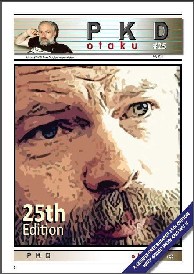 A new issue of PKD Otaku has been published. You can view it here: PKD Otaku Issue 25 or view past issues. 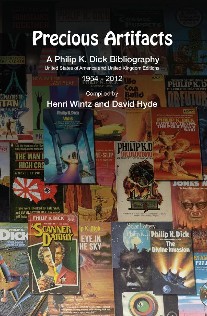 Precious Artifacts : A Philip K. Dick Bibliography, USA and UK Editions, 1955-2012 has been published as a trade paperback and is now available for purchase on Createspace.com or Amazon.com. From the The Philip K. Dick Bookshelf announcement:

Precious Artifacts is a fully illustrated bibliography of the novels and major story collections of Philip K. Dick published in the USA and UK. It covers almost 60 years of PKD publications with close to 600 editions referenced with full-color cover art. Fans of Philip K. Dick will find herein a trove of information and details on PKD’s books including knowledgeable essays on collecting books, a useful guide to collecting rare editions, a glossary of bibliographic terms and a chronology of PKD’s novels.

The hardback edition of the bibliography will be available soon and can be preordered at www.PKDickbooks.com/precious_artifacts.html. The trade paperback can be ordered at Amazon.com or Createspace.com.

If you have questions about the book, please contact them at precious_artifacts[at]pkdickbooks[dot]com. 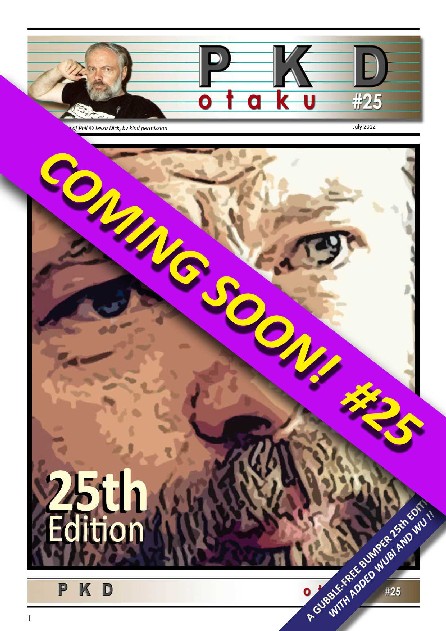 A fan based film festival is being organized in New York City called the Philip K. Dick Film Festival to take place November 9 – 11, 2012 in honor of Philip K. Dick’s fantastic legacy in Science Fiction and philosophy. This is a not for profit operation. The goal to show good films inspired by Philip K. Dick, Franz Kafka, Ray Bradbury, Arthur C. Clarke, Jorge Luis Borges and other writers of the metaphysical.

There will be several shorts adapted from Philip K. Dick works (all taken from public domain stories) and a one documentary featuring his son Chris. The festival will have films from other Science Fiction writers/directors as well.

The web site is http://www.thephilipkdickfilmfestival.com/

Well DickHeads we have made it to the VALIS incident. And in celebration, David brought together family, friends, and a PKD fan/gnostic expert to discuss Phil's path through this seriously odd time. T
View on Facebook
· Share

Browse the best of our 'You Look Lonely / Sad Blade Runner' video gallery and vote for your favorite!
View on Facebook
· Share

Into the Void with Denis Villeneuve - The Script Lab

With the much-anticipated release of Dune upon us, Denis Villeneuve is looking out over the horizon — standing alone atop an expansive...
View on Facebook
· Share

Blade Runner 2049 Ending Explained: A Fresh Twist On The Old Chosen One Narrative

Denis Villeneuve delivered a long, meditative sequel to a classic with Blade Runner 2049. And he clinched it with an extraordinary and subversive ending.
View on Facebook
· Share