I know that many of you may miss new things added like new articles or multimedia that are added to the site and not published on the front page. So I will write a post like this whenever I feel that enough items have been added behind the front page that it warrants a post.

Here is what’s new inside the depths of the site:

If you are feeling impatient between updates, you can check the Last Modified On The Site box on the right side of the pages three boxes from the top.

A fan sent me a Philip K. Dickesque movie and asked if I could share it. I have embedded it here and put a link to it on the Multimedia page. The film is described by Ewan as “sort of a psychotic comedy about a man who seems to be trapped in a Philip K Dick novel.”

Dickhead from Mark Emmitt on Vimeo.

My comment: You had me involved in this movie until the hammer bit and then I was bored. I think by going outside Philip K. Dick plots and characters the ending doesn’t fit the rest of the movie.

We have just reached a milestone in the history of this website. All of the scholarly content from the old philipkdickfans site has been brought over and reorganized into categories along with being mixed with new content. One of the major goals of the website is to provide a place for fans and academics to write content relating to Philip K. Dick in some manner. And to be a resource for research by making readily available articles, essays, interviews, etc. From this point on only new content will be added (i.e. new to the web site). 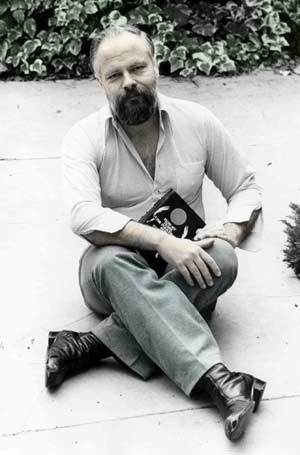 I hope that the effort put into reorganizing the content is effective and helps users finds what they are looking for easier than before. It appeared the generally all content was put into an articles category on one long page. Which I think worked at first but became unmanageable when it was too late to easily fix.

I have a small backlog of new things I will be adding to the site that I came across during this push to get all the old stuff back on the site and available online again. I don’t know how fast it will go up because I’m going to slow down some on the site for awhile to catch up on PKD reading among other things.

You may be wondering what has not been brought over. I left off items that I felt didn’t belong on the site or items that could wait before appearing back online. Here is what’s not be converted and my current thoughts on the content:

If anyone has strong feelings about any of these categories, please add a comment. I would love some feedback at this stage as to the direction of the site and any new additions, even some that are mentioned here.

I will also spend some time fixing or making adjustments to the site. One big issue is that now there are a lot of bad links coming in from philipkdick.com that I intend to take care of as much as it is in my control to do so. PKDweb needs some work with broken images and links that I plan on helping fix. I may be working on a task that no one ever sees on the site but that makes it run better or helps with administration. So if you have any idea for something you’d like to see, please say something by adding a comment or emailing philipkdickfans[at]gmail[dot]com.

Phillip K. Dick fans will love hearing about how director John Alan Simon transformed PKD’s vision into his movie by the same name as his novel. Alanis Morisette even stars! Find out more about this visionary director and what he has in store for the future. Learn more about this project at http://independentstreak.ning.com/profiles/blogs/sci-fi-spotlight-radio-free-albemuth.

Listen to internet radio with indiestreak on Blog Talk Radio

If the blogtalkradio.com player doesn’t work, you can go to http://www.blogtalkradio.com/indiestreak/2012/02/12/interview-john-alan-simon-director-radio-free-albemuth to hear the interview.

Solar Lottery issue of For Dickheads Only

World Of Chance entry in PKDweb

For those of you not familiar with VALBS (Vast Active Living Bibliographic System), the site is a bibliography of Secondary Texts on Philip K. Dick. It contains references to essays, books, interviews, dissertations and even fanzines about PKD. For scholars, students and others researching Philip K. Dick, this is an invaluable resource to identify sources, perform research or even have your own PKD related work listed. David Gill at totaldickhead interviewed Umberto Rossi in 2009 if you are interested in a much more information about VALBS. 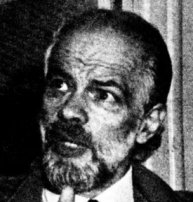 Just over a month ago Umberto Rossi, the current curator (as I like to think of him) of VALBS, approached me to see if he could move the site over to philipdick.com to provide a permanent location for the site because he was having hosting issues. The files provided were converted into the pages of the site and combed over to fix any errors found in the conversion. And there were many! Finally we are at the point where we are confident that most of the issues with the conversion have been fixed and have made the site live as the new permanent home for VALBS. There will be a transition period in which both locations will be available but I hope that it will be short and most of the traffic will come to this site and not the older version.

As the first page of the VALBS site states:

This is an interactive bibliography. Corrections and additions are welcome. If you wish to inform us about anything you have published concerning the works of Philip K. Dick, please send a message to teacher[at]fastwebnet[dot]it

So if you see an issue feel free to email and it will be corrected. The link to the VALBS is in the More Philip K. Dick Resources box at the top right of the page.

I’m very happy and proud to bring this resource to philipdick.com! 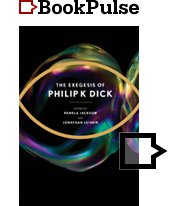 Announcing new contest rules for the contest in which the winner will receive a coupon code for a free Exegesis :: BookPulse for their iPad. For more information about the application see this post, visit the Facebook site, or the iTunes Store Preview.

To enter submit a comment on this post that has the name of the Philip K. Dick character you feel most associated with, most describes you or that attracts you the most, etc.. Include the reason why in the comment. The deadline for entry is next Sunday, February 12th. The best, most interesting and my favorite will be determined to be the winner. Please email philipkdickfans[at]gmail[dot]com if you have any questions or clarifications.

strangehorizons.com Review Plus A Review Of The Search For Philip K. Dick by Anne Dick

Hello DickHeads. We've got a long one for you. Flow My Tears, the Policeman Said is not only a classic PKD novel often counted amongst his very best but, in his own words, was "the first really new th
View on Facebook
· Share

Always a great start when you can boast a Butch Guice cover, and a very nice cover at that. Cal Moreaux looks every bit the classic action hero. Which is funny, because he really isn’t. What he is, ...
View on Facebook
· Share

<p>JAC; blogger, teacher, podcaster and film buff returns to join Mike this week for the second part of their massive discussion primarily focusing on movies, with a bit of podcasting & nerdy things i...
View on Facebook
· Share

/PRNewswire/ -- Each year the country's largest regional antiquarian book fair comes to Brooklyn. Last year, for the first time in its history, the Brooklyn...
View on Facebook
· Share

The risk of an utterly unimaginable present; living in a Philip K. Dick reality

PKD’s numerous short stories and novels include precious lessons, as they describe often a near future, partly already reality. What does it mean to be human and how algorithms “robotiz...
View on Facebook
· Share

This week, we focus on the classic from 1982 starring Harrison Ford. We also discuss it's sequel Bla
View on Facebook
· Share

A time of replicants, spinners and off-world colonies Ridley Scott‘s Blade Runner takes place in 2019. While the reality of Scott’s film hasn’t come true, we do have enough elements in our prese...
View on Facebook
· Share