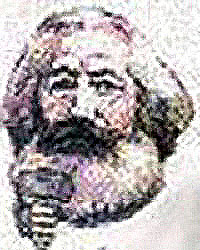 “…my ideas, drawn rather from within than from
reading or from an intimate experience with the
world, will not disown their origin; they would
rather incur any reproach than that of a sectarian
bias, and would prefer to succumb by their innate
feebleness than sustain themselves by borrowed
authority and foreign support.”
J.C. Friedrich Von Schiller,
Letters Upon The
Aesthetic Education of Man, 1794

I have been a long time reader of, and sometime subscriber to,
Linguafranca, a smartly edited and designed literary publication in which
one can usually find informative if not incisive articles about the
machinations of “academic life” – from academic politics to games of
one-up-mansship to the publish-or-perish syndrome. It was with some
surprise and chagrin, therefore, that I recently read in Linguafranca Jeet
Heer’s article, “Marxist Literary Critics Are Following Me!”, with it’s
ominous subtitle, “How Philip K. Dick betrayed his academic admirers to
the FBI”.

My initial reactions derived not so much from the loaded connotations of
Heer’s title as they did from Linguafranca having printed this at all, for
it’s far below their usual standards. Heer’s article reads as nothing less
than a blatant apologia for those Marxist literary critics who wield
convoluted esoteric jargon in their attempt to make Philip K. Dick
postmodernism’s meek poster-child.

Unfortunately for those Marxist literary critics Heer’s
apologia is
nowhere near the cogeny, clarity and class of Plato’s Apology, the
Apologia of Apuleius or Newman’s Apologia Pro Vita Sua. It does remind me
of the apologia for the treatment of heretics in the Middle Ages presented
at Oxford late in the 19th century by the Roman Catholic Church; this can
be gleaned from how Heer early on characterizes PKD as “a canny
prophet of
virtual reality” and “these critics have played a key role in the

Now, this could be an astute, albeit debatable, observation if it didn’t
conveniently overlook what thousands of PKD readers and fans worldwide did
via fanzines and conventions well before the Marxist literary critics
happened upon PKD as Columbus did a few Carribbean Islands. It also
ignores the early work of Bruce Gillespie, in SF Commentary, and the
French critics Marcel Thaon and Gerard Klein.

In fact, rather than playing a “key role” and being
“Dick’s academic
champions,” the Marxist literary critics Heer singles out – Fredric
Jameson, Peter Fitting, Richard Pinhas, Istvan Csicsery-Ronay, Jr., and
Darko Suvin – have attempted to do their best to obscure PKD, darkly,
with a thin veneer of incestuous erudite verbiage meant for converting
other academic critics who are equally determined to make PKD instead an
exemplar of gnosticism and/or mysticism. The Marxist literary critics
very much want for this purpose to surrealistically paint PKD as the
“laureate of radical postmodernism”, whatever that is suppose to mean.

It’s understandable, then, that Heer (a Ph.D. candidate at
York
University, and co-editor of the journal

left history, with a BA in
English and History from the University of Toronto, where Peter Fitting is
an Associate Professor of French) would seek to claim that Philip K. Dick
denounced these poor, misunderstood Marxist literary critics to the FBI as
“…agents of a KGB conspiracy to take over American science fiction.”
This is because PKD didn’t “…appreciate the methods and styles of
contemporary literary criticism,” and therefore his conspiracy story
“…can be read as a paranoid fantasy about literary criticism, which
involves not just finding meanings deeply hidden in the text but sometimes
also inventing meanings.”

Heer would have been less misguided if he had read Philip
K. Dick’s
FBI
file, wherein one interview memo, in part, states:

Also, Elaine Sauter, who spoke with PKD extensively near the end of his
life (see: What If Our World Is Their Heaven: Final Conversations With
Philip K. Dick), has stated she rejects “…the theory that the whole
episode was part of Dick’s neurosis.” More to the point, she adds,
“There’s been a big tendency since Phil’s death to minimize his
intelligence and his mental health and how personable and intelligent he
was.” (see:

Then we have the important observations of PKD’s last wife, Tessa Dick,
who has said, “Phil told me he’d only sent the first three or four
letters, and he stopped mailing them, because the FBI had lost interest
(or perhaps never had any interest) in the case…” In addition, Dick’s
procedure was to “write a letter, address and stamp an envelope, go out in
the back alley, and drop the letter in the trash bin. The authorities will
receive the letter if, and only if, they are spying on him.” (see:
“The
Nature of Dick’s Fantasies,” by Gregg Rickman)

As someone who has actually interviewed Philip K. Dick and read his
extant letters, I heartily second Sauter and Tessa’s comments. I would
also note that in an early letter, Phil writes about reading Lionel
Trilling and Ortega y Gasset. Then there are his observations about being
influenced by Henry Miller, Nathanael West, James T. Farrell, and
“especially Schiller”. To this should be added his strong interest in
“black humor” and admiration for Vonnegut’s novel Player Piano,
all of which make Heer’s allegations highly suspect.

But what really needs emphasis and remembering by Heer and the Marxist
literary critics is that PKD once wrote a very witty novel titled The Man
Who Japed. Until Heer and his ilk understand this we will continue to see
articles like “Marxist Literary Critics Are Following Me!” that carefully
pick and choose only “facts” helpful to promoting the
Marxist/Postmodernist cause, and not Philip K. Dick. (FCB, 7/01)

Tales From The Box Office: In 1982, E.T. Buried Blade Runner And The Thing

Forgot DNA-replicating monstrosities and rogue androids: the real sci-fi threat of summer 1982 was E.T. the Extra-Terrestrial.
View on Facebook
· Share

Get Do Androids Dream of Electric Sheep? -https://amzn.to/39B57onSupport my work here - www.patreon.com/sadleror Buy Me A Coffee - www.buyme...
View on Facebook
· Share

But leave aside the gorgeous aesthetic Blade Runner (admittedly, it is very difficult to do), if you Just Focus on the story of the film, Blade RunnerHis success is mostly related to how outrageous he...
View on Facebook
· Share

Today’s show is a discussion and review of Ridley Scott’s neo-noir cyberpunk cult classic from way back when, BLADE RUNNER, which celebrates its 40th anniversary on June 25th.In this show, we do m...
View on Facebook
· Share

Blade Runner Enhanced Edition is a disaster, not a remaster

Do androids dream of electric Jews?

The classic sci fi movie Blade Runner is 40 years old. Nathan Abrams argues that this AI tale can be read in a very Jewish way
View on Facebook
· Share